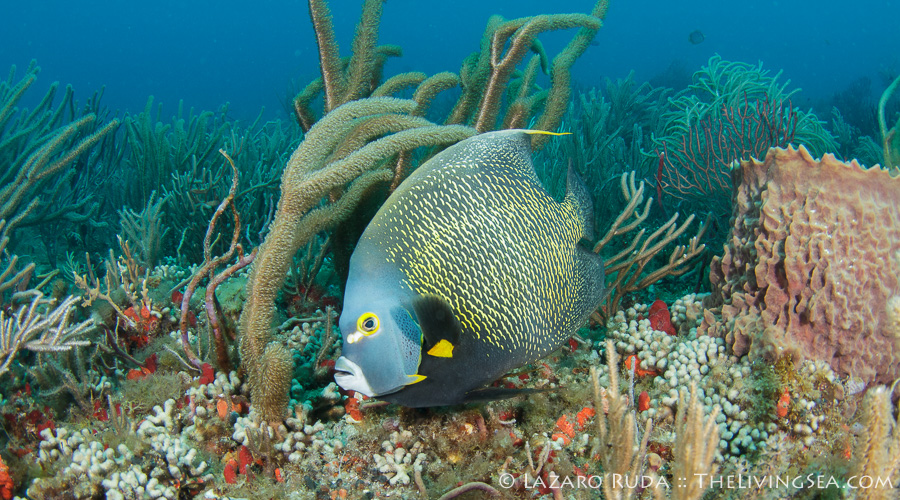 Another day of scuba diving in West Palm Beach, Florida and another story unveils. Today’s story is on fish alliances. Fish alliances are important for the purpose of feeding or seeking protection (among other reasons). Many times they happen right under our nose while we are scuba diving. Some of these behaviors make sense, some not so much. The latter would best describe the fish alliances from today’s dives.

It began with the first dive on Bath and Tennis reef where a scrawled filefish decided to tag alongside me for most of my hour long dive. As I hovered at one spot observing the countless tropical fish and the green moray hiding in the reef, this scrawled filefish swam circles around me. I found the behavior quite endearing and wiggled my fingers at him to entice him to come in closer. He swam a little closer, but once he realized my fingers weren’t his favorite meal (jellyfish) he just continued to circle me from a distance. I couldn’t quite make out his reason for sticking around, but better him than a great white shark. 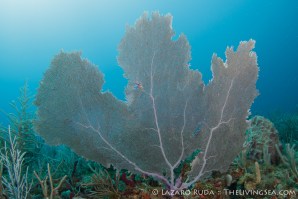 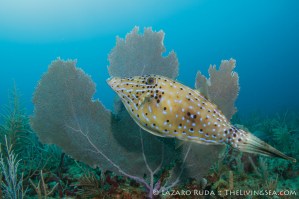 Photobombed by a scrawled filefish

I found a beautiful sea fan that I wanted to photograph, so I took a few minutes to setup for the shot and had taken three photographs adjusting my lighting. I moved inches from the sea fan and just as I was about to take another photograph… Bam! The scrawled filefish decided it was time to photo bomb me! All of the sudden this alliance between fish and underwater photographer made sense… It was fish narcissisim, of course! He wanted everyone who was reading this blogs to see him. I’m sure he will be stopping many divers from now on asking them if they saw the photo of him on Walker’s dive blog. If you see him, please don’t feed his ego too much!

As I continued north, I came across one of my favorite spots on the reef. This area is covered in beautiful finger coral and is one of the last remaining strands of this gorgeous coral I have seen on the reefs here in West Palm Beach. I’m always hesitant to approach this area of the reef because I’m afraid of what I might discover one day. Someone will drop a boat anchor on this spot and destroy this fragile coral. Signs of mankind were near. A beautiful whip coral was sadly ripped off its base by fishing tackle. A beer bottle lay on top of the reef. I wish there was more that could be done to protect these special places. 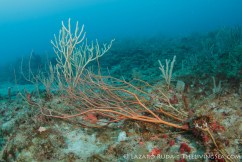 A whip coral ripped from its base 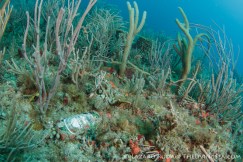 Beer bottle on the reef

Minutes into my second dive on Breaker’s reef and I’m watching a trumpet fish shadowing an angelfish. The trumpetfish uses the angelfish to get closer to his prey than he could normally do by himself. But there was another alliance brewing nearby… An alliance between sea turtle and underwater photographer. A hawksbill sea turtle was heading to the surface when it looked into my eyes of despair. He knew about the photograph I have been wishing to capture for countless years. And, in an act of the kindest solidarity, the hawksbill sea turtle slowed his ascent enough to allow me to capture her silhouette. Looking at my photograph as I descended back to the reef I knew my stars turtle aligned. It was as perfect as I ever imagined it! 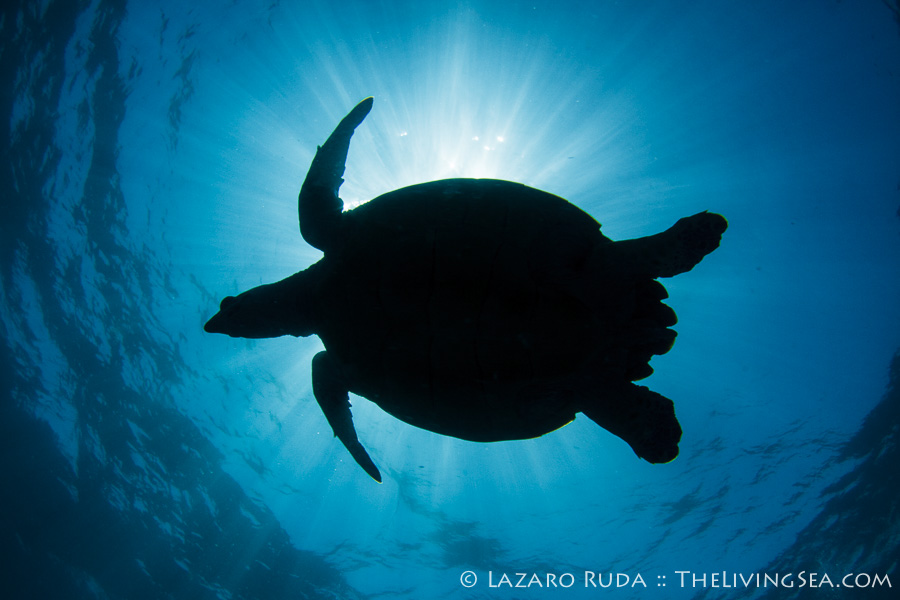 So there it is… For all of you who wondered how underwater photographer capture some of their photographs — now you know! It’s nothing more than a fish alliance. Next time you’re out diving spend a little time with any sea creature who seems a little extra interested in you. I guarantee you will have a fish alliance of your own. 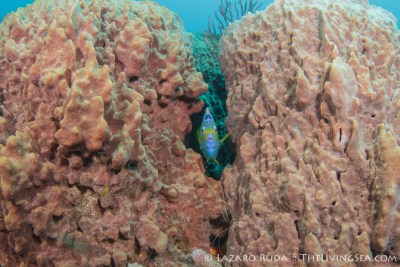 Photobombed by a scrawled filefish

A whip coral ripped from its base 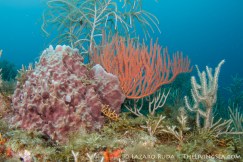 Pufferfish among the finger coral Beer bottle on the reef 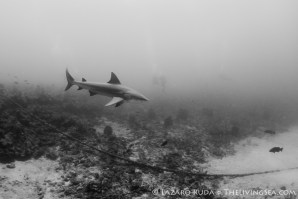 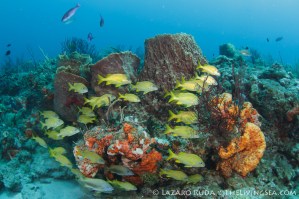 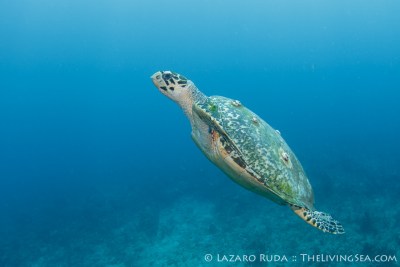 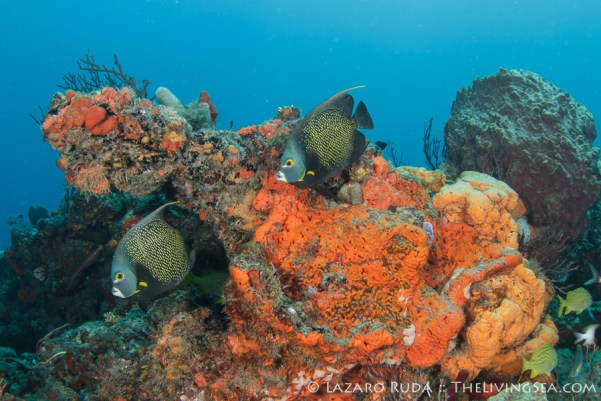