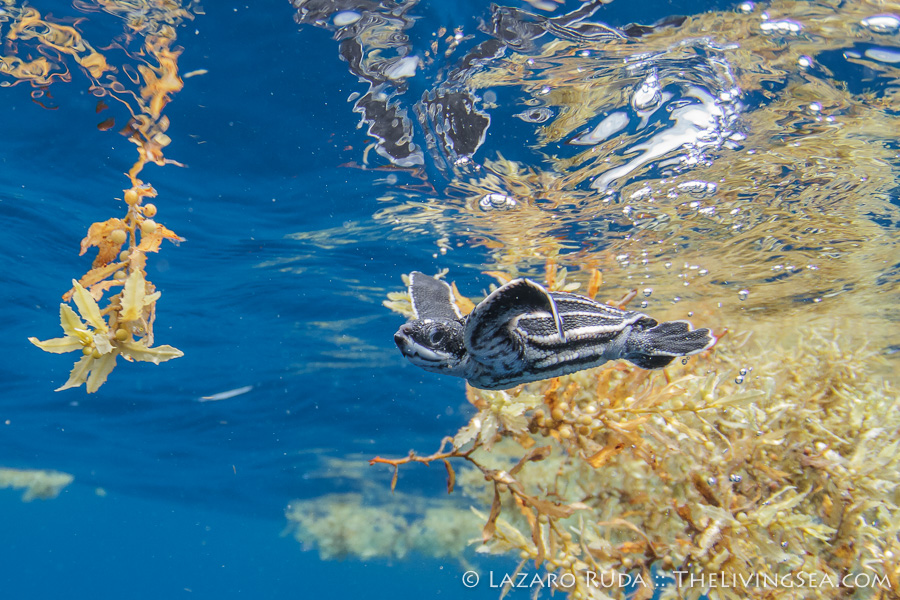 Swimming with sea turtles is usually one of the fondest experiences scuba divers are lucky enough to have. You’ve heard me tell you before that scuba diving in West Palm Beach is one of the greatest places to go if you want to have the best sea turtle encounters, so let me elaborate a little more and share with you the story and photographs from today’s special trip to help make you a believer. 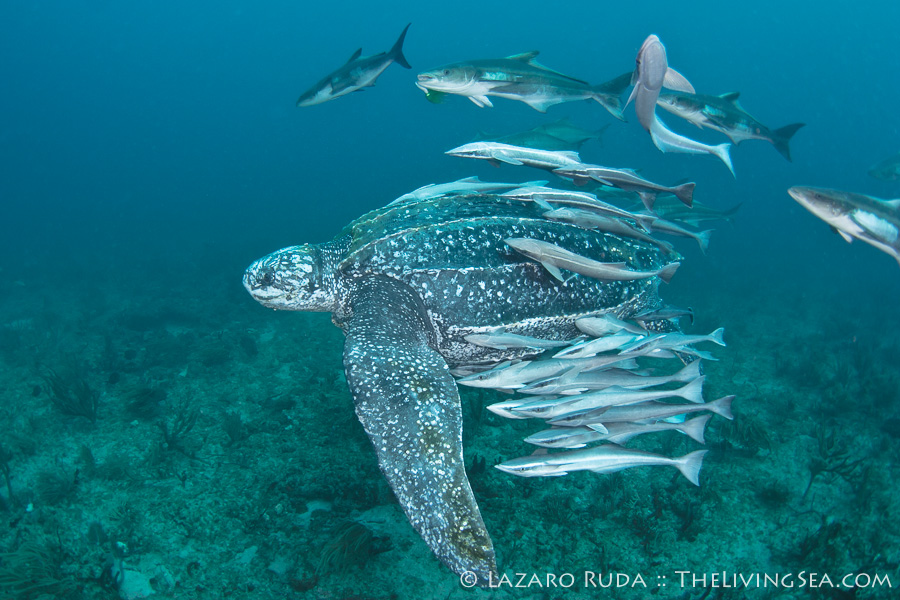 The months of March through October are “officially” sea turtle mating/nesting season — although we encounter sea turtles year-round on our reefs and wrecks in West Palm Beach, Florida. Leatherback sea turtles are the first to nest on our beaches during the beginning of the sea turtle nesting season. These leviathans have reached a recorded maximum length of 10ft and over 2000lbs. Even leatherback hatchlings are born at up to three times the size of the other sea turtle hatchlings. 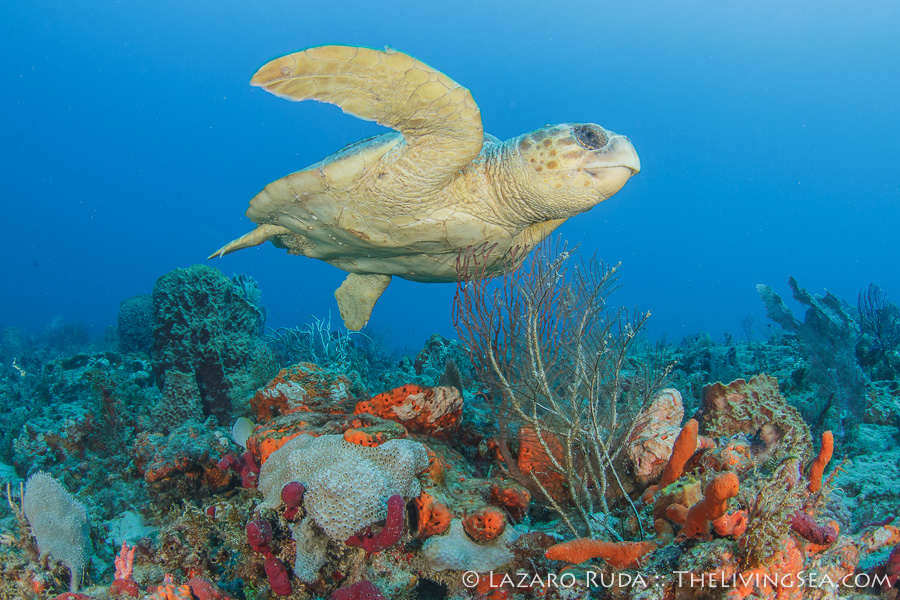 A few months after the leatherbacks have begun to nest in Florida, the loggerheads begin to nest on our beaches. While not as large as leatherback, they can tip the scale at over 300lbs and almost 4ft. in length. Our diverse variety of mollusks and crustaceans (yes, even those tasty lobsters) on our coral reefs are a welcome meal for these sea turtles. Their powerful jaws are capable of shattering a conch shell into pieces. 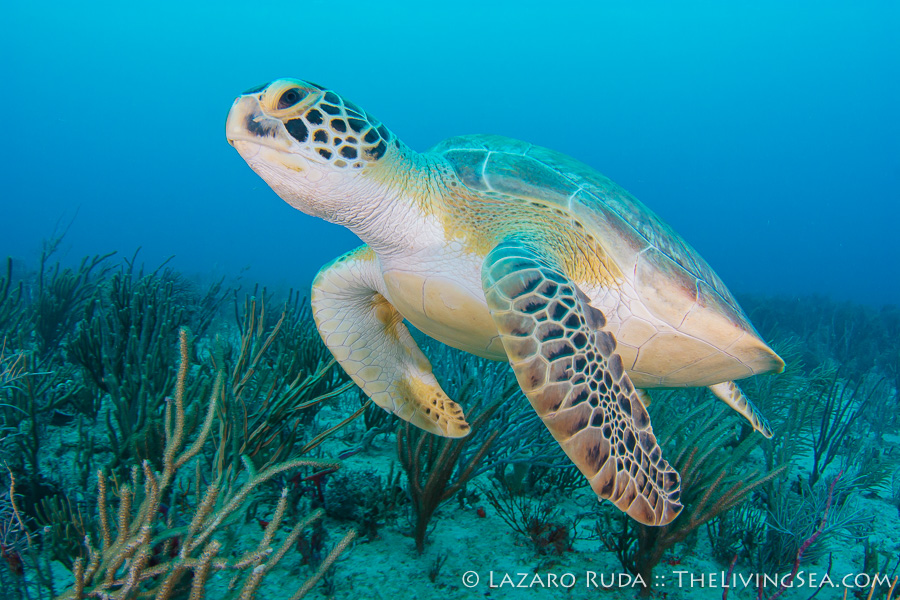 The last to nest during sea turtle nesting season in West Palm Beach is the green sea turtle. The largest green sea turtle ever recorded was 5ft. in length and weighed 871lbs. These beautiful sea turtles are passionate about their nest — often digging numerous body pits and moving as far up into the dunes as possible before laying their clutch of over 100 sea turtles eggs (on average). 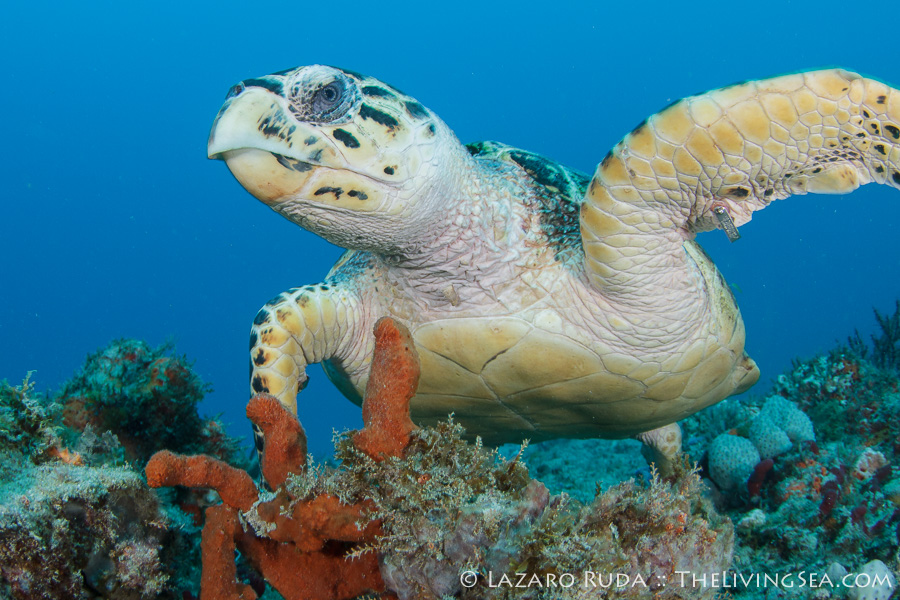 Two other species live on the reefs of West Palm Beach, Florida but seldom nest. The hawksbill sea turtles are often seen during many of our dives and are year-round residents. These extremely friendly sea turtles don’t seem to be concerned about bubble-making divers approaching closely and will go about their business searching for some delicious sponge to eat. Based on the study done by our resident scientist and diver, Dr. Larry Wood of The Comprehensive Florida Hawksbill Research and Conservation Program, most of the hawksbill sea turtles we encounter in West Palm Beach, Florida are in their teens. 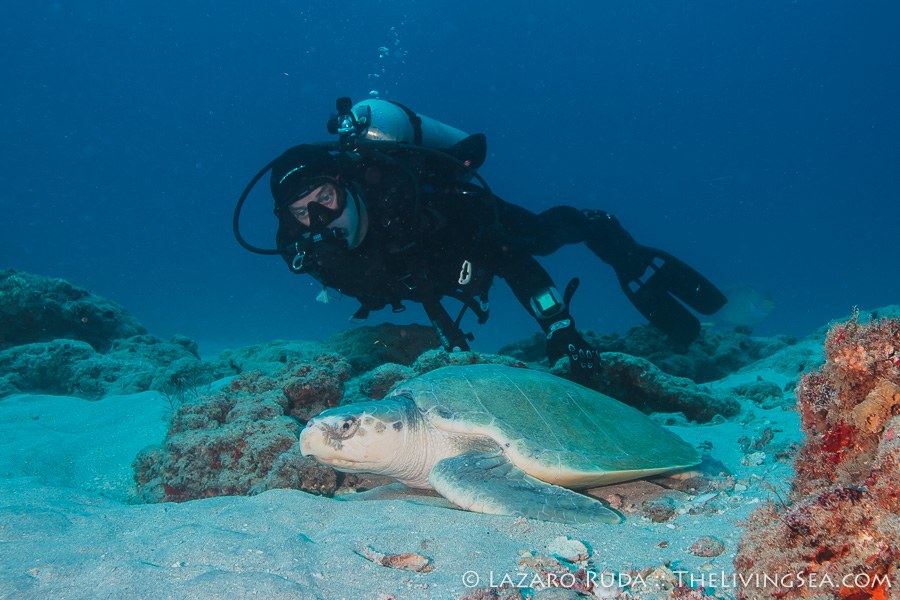 So why do I share with you all this information about sea turtles? I think knowing a little about our sea turtles is necessary in order to truly appreciate today’s story.

Sea turtles have a special magic that makes you fall in love with them shortly after your first encounter. Wanting to help the plight of these wonderful sea creatures landed me as a volunteer with the Sea Turtle Conservation League of Singer Island. My work with this great group of volunteers involves marking new sea turtles nests on a section of Singer Island, keeping record of important nesting data, and educating the public. All this is done under a special marine sea turtle permit from the state of Florida and the Florida Fish and Wildlife Conservation Commission (please read an important disclaimer at the bottom of this post). 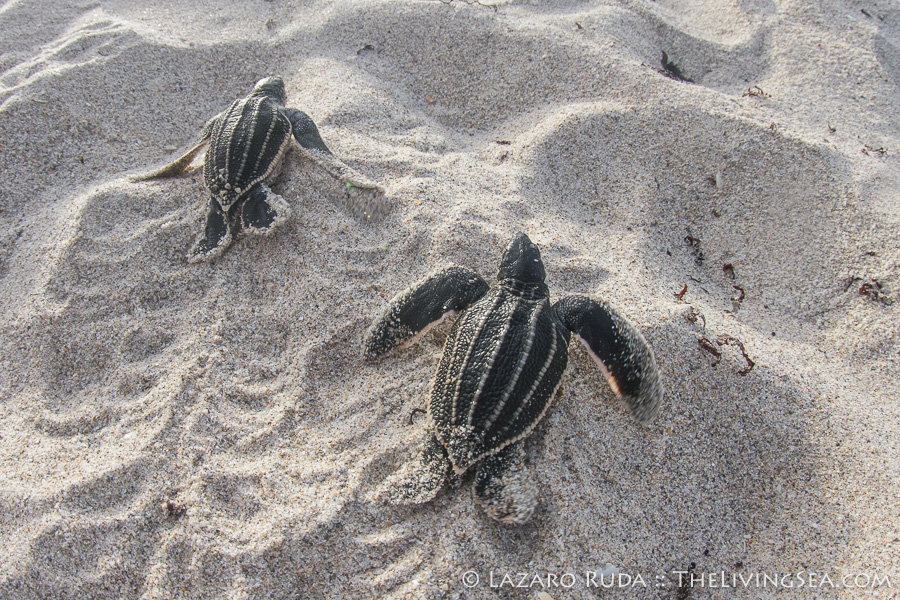 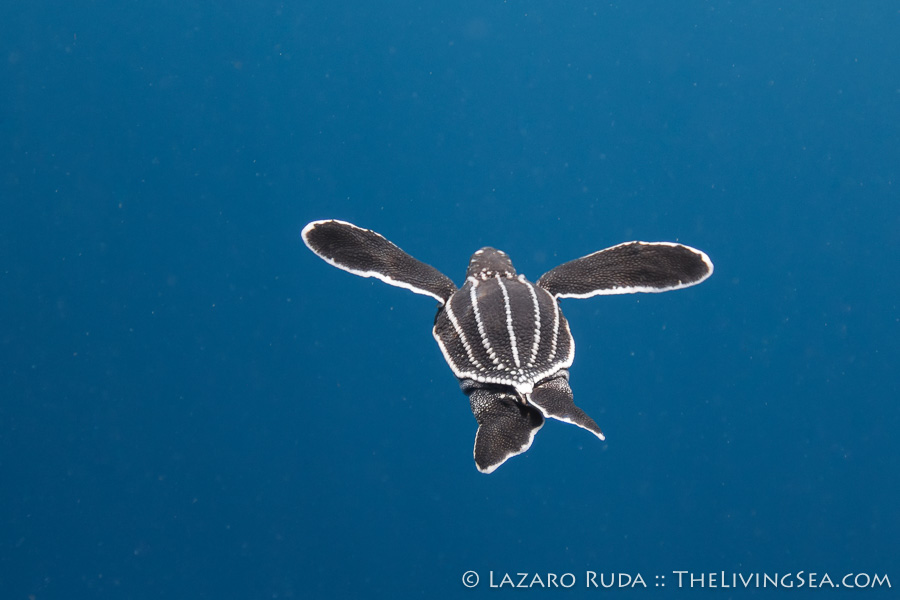 Getting in the water for a few minute to watch these tiny turtles on their first venture into the ocean was a very special treat, and knowing that we were giving them a little helping hand made it all the more special. Perhaps in a couple of decades these same sea turtles will grace us with their presence during our dives in West Palm Beach and will continue their important work of preserving their population.

As divers we are fortunate to experience a part of the planet that few get a chance to see. Our encounters with marine life turns us into passionate ambassadors for the preservation of our oceans. Swimming with sea turtles and looking into those beautiful blue eyes touches our saltwater-logged hearts like few other marine sea creature. I hope that you will share the information you’ve learned from today’s blog and appreciate how very fortunate we all are to see these wonderful sea turtles on the reefs of West Palm Beach, Florida.

Sea turtles are either endangered or threatened (the loggerhead is the only species that has a population high enough to be only threatened in Florida). They are protected under the Federal Endangered Species Act (ESA) of 1973 and the Florida’s Marine Turtle Protection Act (379.2431, Florida Statutes).

The handling of these endangered sea turtle hatchlings was done under a Florida state permit provided to the Sea Turtle Conservation League of Singer Island. Under NO circumstances should you ever disturb a sea turtle. Severe penalties including jail time can be imposed.

4 comments on “Swimming with Sea Turtles”